Spectacular start to the year for the German retail property market

Approximately €3.8billion were invested in the German retail investment market in the first three months of 2017. Compared with the year-earlier period, this represents a significant increase of €2.3billion (144 percent) in the volume transacted. The investment boom on the market for retail property in Germany is therefore still going strong in 2017 as well and suggests another record result for the full year. This is the conclusion drawn in a current analysis prepared by commercial real estate services company CBRE. 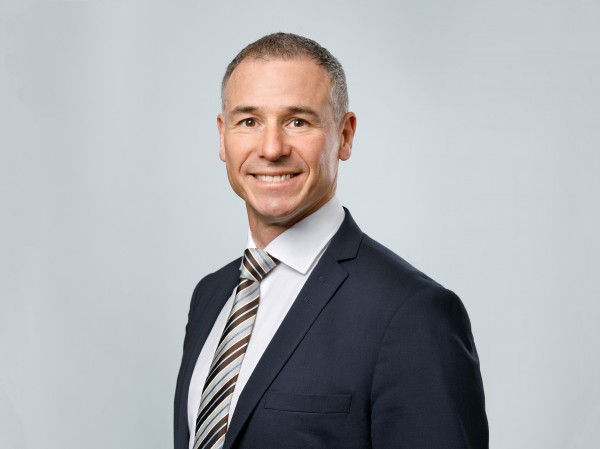 Especially the excellent macroeconomic situation, with falling unemployment figures, rising real wages and an increase in private consumption, ensures that Germany continues to remain the focus of investors in the global market.

With a volume of just under €1.8billion, international investors contributed 48 percent to the overall transaction volume. Compared with the first three months of 2016, the proportion of foreign capital soared by €1.2billion (190 percent). US investors in particular acquired German retail properties (17 percent of the overall volume), followed by players from the United Kingdom (15 percent) and Switzerland (12 percent). At the same time, US and British investors were very active on the seller side. With sales of €773 million and €532 million respectively, they contributed 20 percent and almost 14 percent to the overall trading volume.

Owing to the extremely limited supply of contemporary retail space and thus of investment properties, above all in the investment centers, the proportion of the Top 7 locations declined to nine percent (€334 million) compared with 19 percent in the year earlier period. Properties were acquired especially in the context of portfolio transactions. The portfolio share of the top locations came in at 58 percent, which is considerably higher than the year-earlier figure of five percent. In the first three months of 2017, retail warehouses and retail parks in particular were bought, with around €253 million being invested. 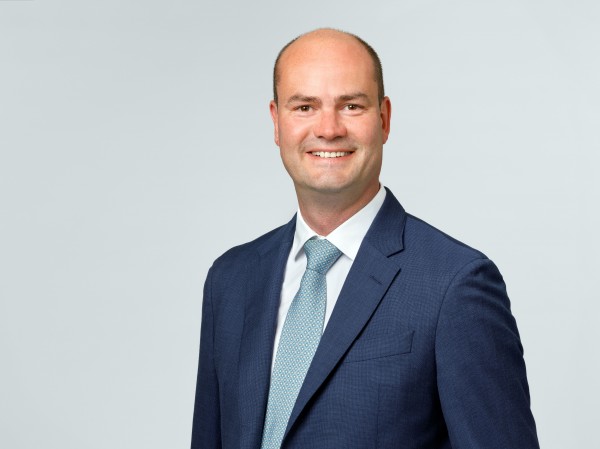 The current figures clearly reflect the lack of property in the investment centers, which was in evidence in the preceding quarters. The limited supply of core products is causing investors to look for other locations and assets. At the same time, we have been seeing investors increasingly prepared to take on higher risks for some time now while also enjoying greater opportunities in one of Europe’s largest and most attractive markets for retail property. This is reflected by rising demand for value-add products.

Retail warehouses and retail parks dominated market activity not only in the investment centres – a major part of retail investments was also allocated to these property types across the nation. With a volume totalling almost €1.9billion, this asset class contributed 48 percent to the entire transaction volume in the German retail property market. The properties were increasingly purchased as part of portfolio transactions, which includes, among others, the ten German properties belonging to IKEA’s pan-European portfolio, as well as Castlelake’s Gravity portfolio comprising 68 retail properties.

In second place came shopping centers that accounted for €799 million, which is a good 21 percent of the overall volume. Among the centers purchased mainly by way of single transactions, properties were located in Dresden, Dortmund and Wiesbaden, which exemplifies the growing involvement of investors in prosperous regional centers and secondary locations that constitute an attractive alternative to the top locations.

A total of €767million was invested in other retail properties in locations off the high street in the first quarter of 2017, which corresponds to a share of around 20 percent in the overall investment volume.

The number of portfolios sold was considerably higher at the start of 2017 than in the prior-year period. The portfolio share stood at 40 percent in the first three months, signifying that approximately €1.5billion was invested in the form of portfolio transactions. In the year-earlier period, the share of portfolios sold was significantly lower at just under 21 percent. Foreign investors in particular committed to the German retail investment market through portfolio acquisitions and therefore considerably boosted the portfolio share.

Net initial yields remain under pressure due to excess demand for German retail property. The yields of inner-city commercial buildings in top retail locations continued their downtrend to an average 3.39 percent. Stronger demand for shopping centers outside the investment locations also caused prime yields to fall to 4.50 percent (minus 10 basis points) as opposed to comparable properties in the top markets delivering that still yielded 4.00 percent. The huge interest of investors in retail warehouses and food stores also contributed to further yield compression here. The yield of prime retail warehouses with long-term leases dropped by 25 basis points to 5.50 percent, and the prime yield of similarly popular food stores contracted 10 basis points to 5.50 percent. 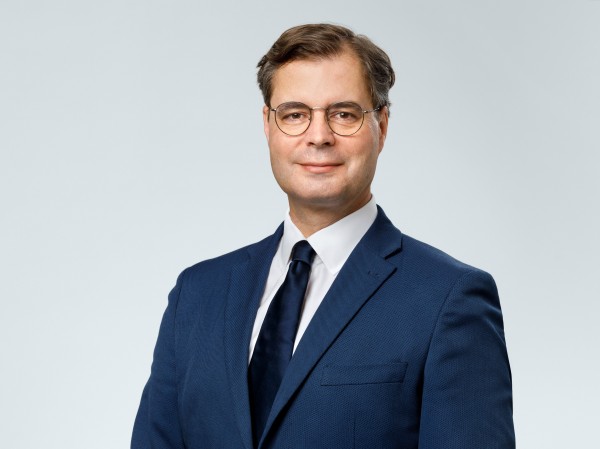 The very good figures at the start of the year once again demonstrate Germany’s role as a safe investment location in global demand, particularly in politically turbulent times, which is why the high level of investor commitment to the German market for retail property is set to continue over the course of the year.
The start of 2017 has been more than successful and suggests another new full-year record that is likely to outperform the previous year’s level, provided that there is sufficient property availability. 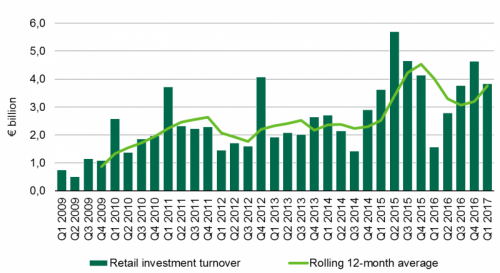 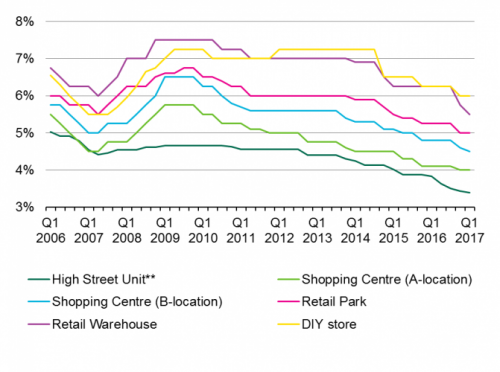 Spectacular start to the year for the German retail property market